A&A Playtest 2.1: In Search of the Golden Bones 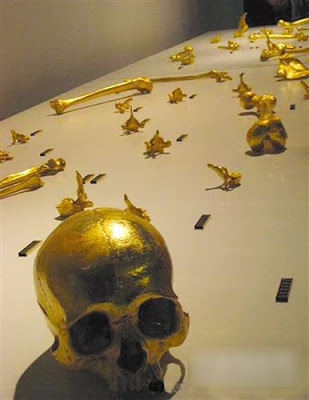 Long ago lived a pirate who amassed a huge amount of gold booty; so much that anyone would turn mutinous for just a sliver of that treasure trove; old golden beard Fry did the only logical thing.  He had a bunch of rogue alchemists replace his entire bone structure with pure gold.  Well, at least he lived a long and fulfilling life up till that point.  That's what Action Hank told the party and that's what they set off to find.

Today I have a long overdue request for how I handle creatures in Avatar's & Annihilation.  Bottom line up front:  As simple and clean as possible.  I designed this system with an eye towards putting together fights fast enough that you can do it during the course of play when your players go off the map or decide to anger the peaceful Space Terrapin tribe.