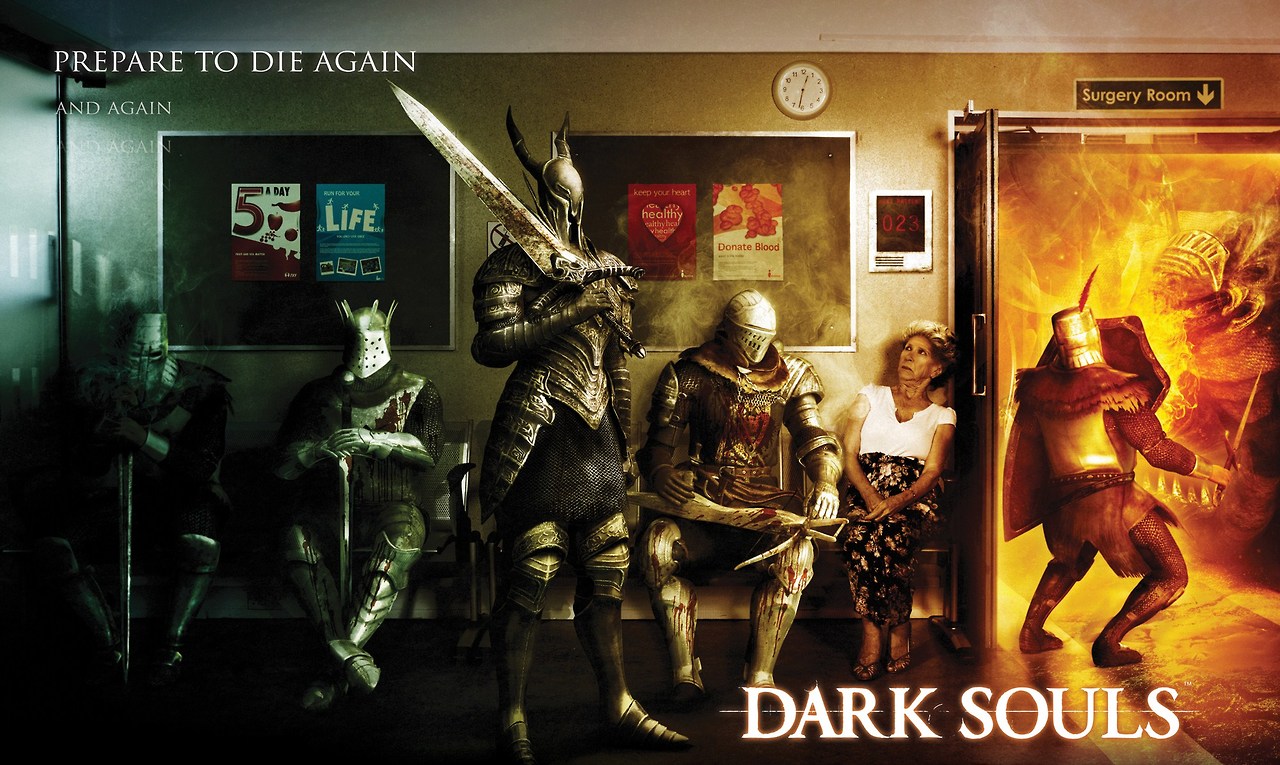 Dark Souls: a game for the traditionalist, a game for the rising challenger, a game for the old school and a game for the new.  It is a game with a high bar of entry and an even steeper learning curve.  It is a game that turns away many but is deeply loved by a dedicated few.  It has turned heads for its old school resurgence and commitment to solid design and gameplay without the modern tactic of player handholding.  It makes no claims to be something that it is not, desiring only to be judged on its own merits.  It is a dungeon crawler and a world spanner, a game of survival and a game of frustration, a game of intricacy masked by bare simplicity.  It is also the cleanest adaptation of the spirit of Original D&D that has graced any console of the past; more so than TSR/SSI' offerings.  If you've got the time I'll try to explain why.

In this post I'll be tackling the overview of the game and mention a few topics for in depth posts down the line.  Dark Souls is the spiritual successor to Demon's Souls, a PS3 exclusive and Gamespot's 2009 Game of the Year; a weighty award for a worthy title.  What I've said so far applies completely to Demon's Souls as well, a dear friend excitedly introduced it to me and my first impression was that someone had somehow took the lethal, challenging D&D of my youth and made a playable electronic copy of it (with a different coat of paint/rules of course).  I will be focusing on Dark Souls as it is more fresh in my mind and a few mechanics were introduced only in Dark Souls which are very relevant to the state of gaming today (Estus flasks and Spells immediately spring to mind.)

While I would describe both games as highly lethal many people would take that as a bad thing; their memories clouded by antagonistically difficult games of the Arcade and NES days whose sole goal was to strip of your quarters (I'm referring to loose change of course).  Dark Souls is challenging, certainly frustrating, but the challenges presented and your failures are ultimately in almost all cases as a result of your own actions.  Most deaths come from recklessness, hubris, inattentiveness and plain bad judgements.  Dark Souls is not a game that requires leveling to progress (and the leveling system certainly deserves mention) in fact you may complete the game without ever gaining a level (some do so as a way to up the challenge).  It is a game where actual player skill dominates rather than the accumulation of numbers, where ingenuity is rewarded and the best tactic is to get in and out acquiring as much loot as you can while angering the least amount of foes until you can safely clash with them later.  Sound familiar?  Sounds like a good old fashioned low level OD&D dungeon crawl to me. 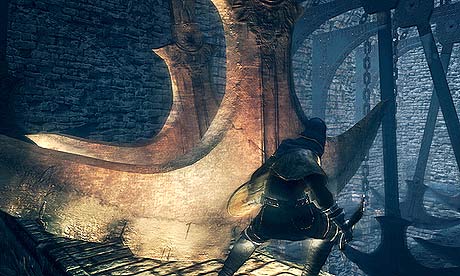 Dark Souls emphasizes smart play which at the beginning can be synonymous with cautious play.  Learning the world around you, how to interact with it as well as how its inhabitants behave is tantamount to ensuring your survival.  Becoming accustomed with movement and the weight of your armor; the size, action and reach of your weapon's swings are the first step in maneuvering through the world.  Learning how to fend off one monster, its patterns and the sting of its teeth is the next and soon you may have to learn how to deal with his friends, even sooner when they begin ambushing you.  Situational awareness and attention to detail is the key to success; reading the writings and warnings of fellow wanderers, travellers and the recently deceased will save your bacon more often than not.

Refinement of play and experimenting with new items and the environment will allow you to progress as a player and reach new heights.  It is a game not just about developing a character but also the player.  Every new death teaches you something new, the workings or location of a new trap; not rush around corners; when to watch your back, when to walk quietly and when to run; keeping an eye on the skies and an ear for ambient sounds.  Combat lessons including staying mobile, never letting yourself be flanked, not focusing too much on a single foe, knowing the limits of your endurance and just how much your shield can bear are just a few of the many things you learn.  After all, if dying is your mistake, your responsibility, then it is only natural that you learn from it and not repeat it again.  When you do, well, that is where the frustration lies.


"Insanity is repeating the same mistakes and expecting different results."