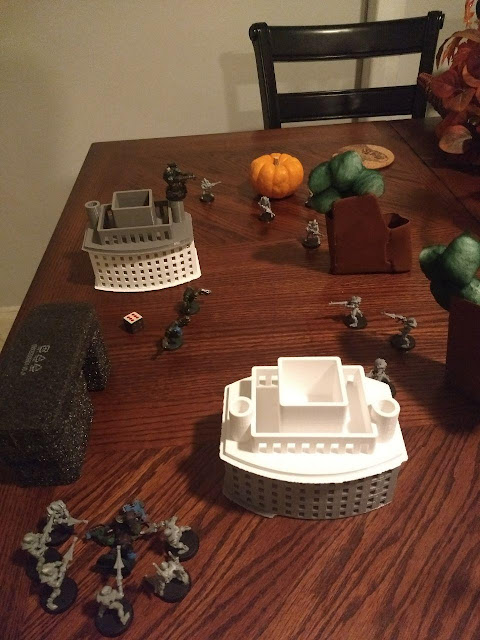 Zombies have a simple slam attack in melee, to represent them flailing at you, trying anything to devour your flesh.  It's an automatic hit but the damage is low, only 2 points.  Should the Zombie enter Close Quarters Combat (CQC) they may gnaw your ankles off for a mighty d6 of damage.

Dead Mob is when the zombies true power shine.  This was stylized after zombie horror movies where your all but a guaranteed kill once a group has caught you.  For each additional zombie engaged they gain +1 to DMG on all attacks.  Our poor fighter above is surrounded by 6 zombies, each one gaining +5 to Damage.  Even with a large pool of Hit Points he won't last long before they bring him down. 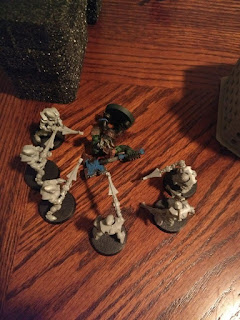 As for Hit Points we gave the Zombies a single hit point, but their special rules means it will take two guaranteed hits in order to bring them down.  Each hit will knock off either an arm (and their slam attack) or a leg (slowing their movement down).

The exception is a Critical Hit or Overkill (Damage 10+) which is likened to a headshot putting the zombie out of it's misery.  So there you have it, a swarm of level 1 creatures that can bring ruin onto a party with a cavalier attitude.